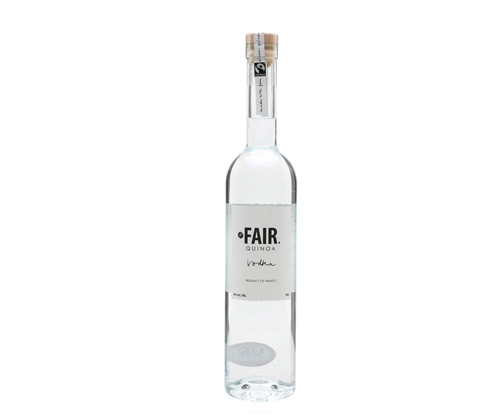 Fairtrade promotes fairer trading conditions for farmers & workers so they can invest in a better future for themselves and their communities. FAIR Vodka is the first vodka in the world certified Fair Trade. It guarantees higher margins to the farmers and donates 2.5% of its turnover to finance local development programs. Produced using Bolivian quinoa seeds cultivated according to the methods of organic farming, it took almost two years of research & development between Bolivian producers and French distillers and involves a double brewing operation, and subsequent distillation. The quinoa grain is shipped to France where it’s distilled in Cognac via column still, before being blended with wheat based spirit.