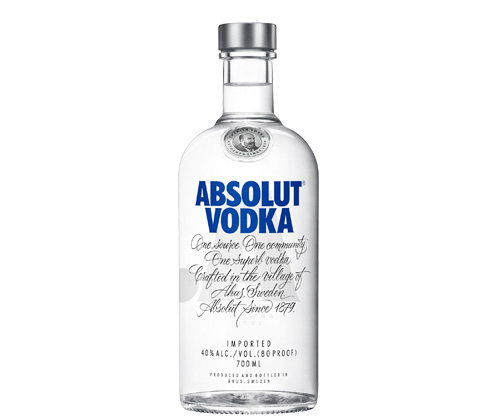 Everybody knows that the Russian and Polish national spirit, made from rye malt and often potato starch, is vodka. However, one of the most popular premium vodkas on todays market actually comes from Sweden, first appearing in 1979. Distilled from grain grown in the fields of Southern Sweden, Absolut was conceived as a pure product with its own peculiar Swedish identity. The distinctive bottle design was inspired by an antique medicine bottle, while the minimalist logo and absolutely clear glass emphasise the simplicity and purity of the product. The brands advertising has become as iconic as Coca-Cola’s. Fourty percent of imported vodka bought by Americans is Absolut of some variety. Still, the recent explosion of premium vodkas has resulted in something of a fragmented market and weakened Absolut’s stranglehold. The conclusion most seem to be drawing is that Absolut is fine for mixing, but if you’re drinking shots, there are many other superior choices.