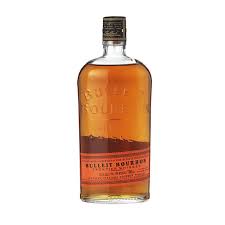 Has there ever been a moment when you\’ve been sipping Bulleit Bourbon and wanted it to have even more rye? Well you\’re in luck, they now have their own Rye whiskey! Bulleit Rye is made with a mashbill of 95% rye and 5% malted barley and is produced in small batches. An absolutely stunning rye that won a Double Gold medal at the San Francisco World Spirits Competition in 2013.
Owned by Diageo, Bulleit doesn’t technically distill its Bourbon or their new Rye. They contract with other distilleries to produce both of these whiskeys (the bourbon is made at Four Roses). The new 95 Rye gets its name from the 95% rye grain mash bill from Lawrenceburg Distillers Indiana (LDI).