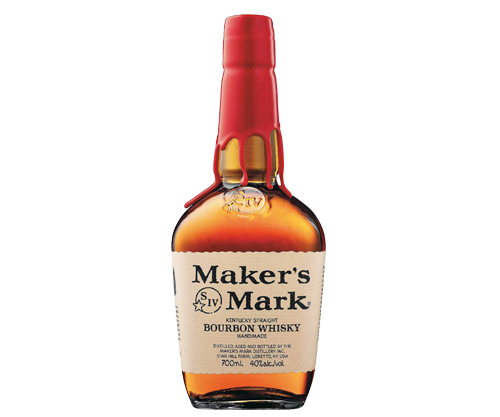 The brand leapt out of obscurity in 1980 after the Wall Street Journal published a front page story on the history of the distillery. Suddenly everyone wanted to try it. Unfortunately, Makers Mark was only producing 38 barrels a day – as opposed to the industry standard of 1,300 barrels a day. Small production, however, was the key to the brands success. Since 1953 the Samuels had been steadfast in the belief that making small batches of bourbon at a time, using winter wheat instead of rye would produce a better whisky. Apparently they were correct. As Michael Jackson puts it in his World Guide to Whisky, ‘The defining smoothness is achieved, arguably, at the expense of some flavour because Maker’s Mark eschews rye in favour for wheat with which to season the palate. This is an accepted alternative way of producing bourbon but few distillers pursue it; Old Fitzgerald is a notable example.’Furthermore, Maker’s Mark use an old rollermill instead of a more modern and efficient hammermill to cook the grain because they feel it is less likely to scorch and impart bitterness. They also don’t use a pressure cooker to speed up the process, instead preferring an open cooker which allows more aromatics from the air about to penetrate the mash. The new whisky is matured in charred oak casks for a minimum of six years. At first the barrels are placed on the upper hotter floors of the warehouses. Then after several summers they are moved down to the lower, cooler stories. Maker’s Mark is a blended whisky, meaning that different aged whiskies are blended together aiming to accentuate the positive characteristics while masking the others. Finally, Maker’s Mark is labelled as ‘whisky,’ (the scotch spelling) rather than ‘whiskey’. This is because the owners and their forebears are Scottish. Today, Makers Mark often shows up at White House banquets and has found a particularly strong following in Japan. The distillery itself, dating back to 1889, has been fully restored by Bill Samuels senior and is now a National Historic Landmark.
www.tastings.com