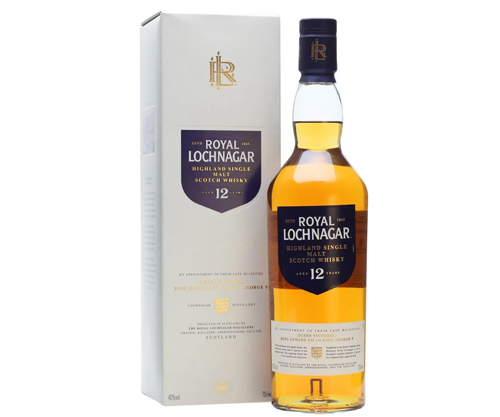 The area in the North of the River Dee was one of the most popular places for illicit ‘moonshine’ distilleries. In 1826, after the introduction of the Excise Act, one operator by the name of James Robertson applied for a licence to produce legally. Other ‘moonshine’ distillers considered him a traitor and set fire to his business. Determined, Robertson constructed another distillery, naming it “Lochnagar” after a nearby mountain. When this venture also burnt to the ground in 1841, Robertson too abandoned the whisky world. Four years later, John Begg built a distillery South of the Dee, close to Balmoral castle (the summer residence of the Royal family). He named it “New Lochnagar”. When the distillery became operational, Begg wrote a letter to the private secretary of the royal family, inviting their Royal Highnesses to experience the delights of the distillery. The very next day, both Prince Albert and his wife, Queen Victoria paid an impromtu call and were impressed enough to allow Begg to rename the distillery ‘Royal Lochnagar’, making him official supplier to the court. The Royal connection had an immediate effect on the sales and the price of the whisky. It has also seen the distillery play host to a string of famous visitors, many of them British prime ministers taking an hour or so off between meetings with the monarch of the day at Balmoral.

Completely renewed in 1967, Royal Lochnagar today preserves its traditional, iconic character with an approach to whisky manufacture that is thoroughly hands-on and artisanal. Fermentation times are long, ensuring that every last morsel of character is extracted from the mash, and the distillery’s short, stubby stills maximise the broad flavour spectrum. The distillery uses a mix of third-fill Sherry butts and third-fill American Oak hogsheads. The result is one of the fruitiest, richest Single Malts on the market. Traditionally nearly all the malt production from Lochnager was used in the famous VAT 69 blend. Today the majority is bottled as single malt.