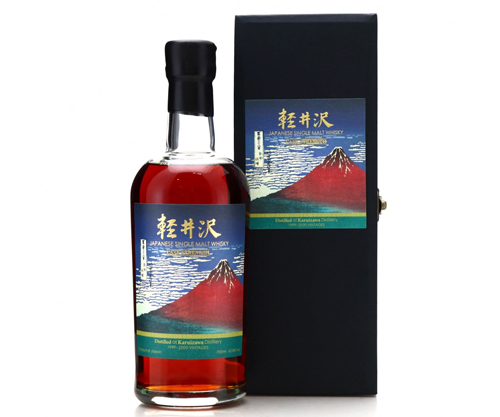 Karuizawa distillery was established in 1955 in the town of Miyota on the southern slopes of Mount Asama. It began production the following year, producing single malt for the Ocean blends from Daikoku Budoshu. Initially it was difficult for the distillery to obtain malt, but a lift on import restrictions in 1958 meant the distillery was able to experiment with the production of a Speyside-esque product, importing the same golden promise barely used at Macallan, and sherry casks.

This limited bottling consists of multi-vintage Cask Strength Karuizawa from the distillery’s final years of production.

This is part of the 36 Views of Mount Fuji series (Fugaku Sanjūrokkei in Japanese), each release features a different image from the series on its label.