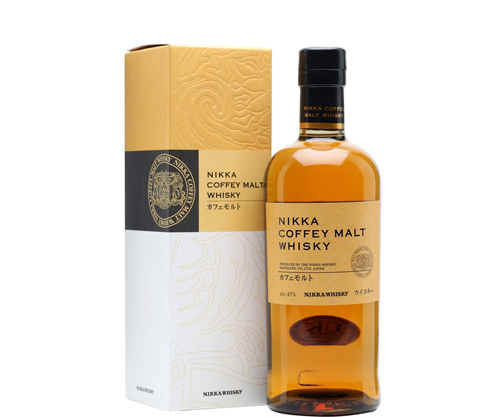 Using the two Coffey stills at the Miyagikyo distillery, which were imported from Scotland to Japan in 1963, Nikka have produced a number of single cask single grain whiskies from time to time over the years. This, however, is their larger release of wonderfully exotic single grain whisky.

The distillation process further sets grain whiskies apart: Rather than being pot distilled, they’re produced via column stills. Also known as ‘Continuous’ or ‘Coffey Stills’, this revolutionary invention from a French born, Irish raised Dublin Excise Officer, Aeneas Coffey, has forever changed the way most spirits are made. Significantly more efficient than the Pot still, column stills can produce a consistently light bodied and clean spirit to a pre-determined strength.

Coffey Malt is made from 100% malted barley. However it is not categorized as “malt whisky” but as “grain whisky” since it is not distilled in a pot still. This unique production method results in extraordinary flavors and texture.

more review can be found here