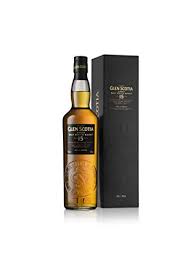 One of just three distilleries currently operating in Campbeltown, Glen Scotia has been in the shadow of its more famous neighbour, Springbank for almost two hundred years. The stills here are short and fermentations vary allowing for nutty through to more fruity aromas and flavours. Combined with a range of peating levels, heavy investment in quality barrels and a private equity firm taking ownership since 2014, Glen Scotia are re-asserting themselves as a multi-faceted Campeltowner.The second oldest of five core bottlings launched in 2012, this expression was initially matured in American oak and later vatted together for a twelve month finishing in first fill Oloroso casks. The sherry brings perfume and floral notes which complement the distillery’s characteristic “fruit, sea spray and spice.”