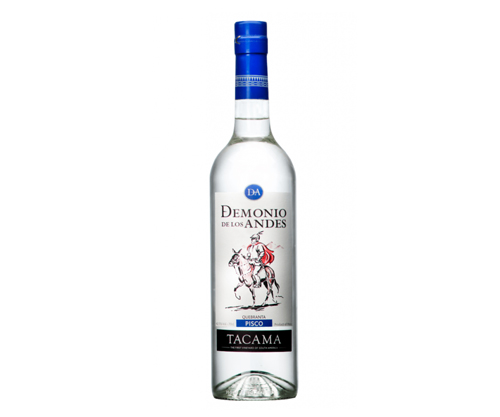 Pisco Puro Quebranta is made from the Quebranta grape. They are harvested by hand according to an old tradition. The Quebranta grape variety has been grown and harvested in the oldest winery, Tacama, for well over 100 years. After the distillation, the Puro Quebranta matures for four years in the in-house wine cellars into a premium class pisco before it is finally bottled. No additives are added that could adulterate the originally pure taste. Not even wooden barrels may be used for storage. Strong aromas of dried fruits, apples, and oranges penetrate the nose. The Pisco Puro Quebranta is characterized by a large body and a strong personality and makes it a very special Pisco from Tacama.