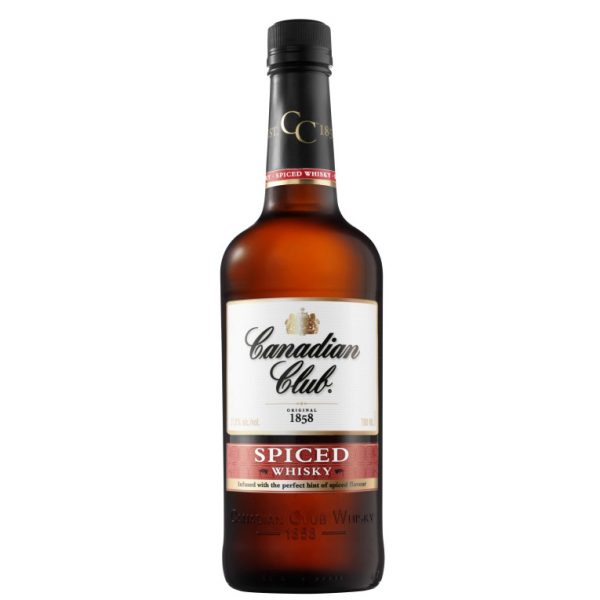 Canadian Club Spiced is the newest addition to the Canadian Club family. It combines the smooth light flavour of Canadian Club Original and blends it with extracts of vanilla, all spice, black pepper, cinnamon, clove and juniper berry which will help Spice things up in your drinks cabinet!
Fully imported, Canadian Club is a superbly smooth blend that is distinguished by its unique taste. The brand was first introduced in 1858 by Hiram Walker, a grain merchant turned distiller. Born in New England in 1816, Hiram Walker came west to Michigan in the 1830’s to seek his fortune. After a few false starts, he launched a successful grocery business in Detroit and learned how to distil his own cider vinegar instead of selling someone else’s for a minuscule profit. Walker then decided to branch into whisky. His first barrels were produced in 1854 and were a great success due to their fine quality and purity. Concerned about Michigan’s strong puritanical temperance atmosphere and aware of the good farmland being opened up by the Great Western Railway on the Canadian side of the river, Walker decided it was time to make a move. The distillery he established from next to nothing later grew into “Walkerville” (Ontario) a town revolving almost entirely around Hiram Walkers many enterprises. The town was later recognised as a model of industrial self-sufficiency.
www.tastings.com