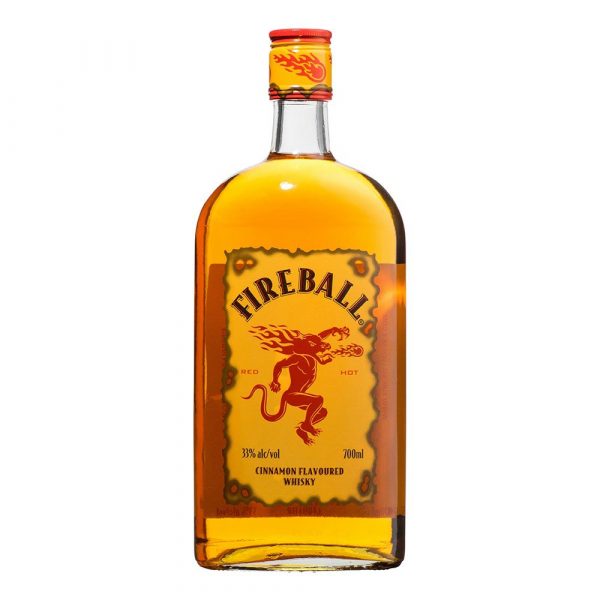 “Rumor has it that Fireball Whisky was forged sometime in the mid-80s during the coldest winter Canada had ever seen, when a mixologist turned mad scientist accidentally created a permanent solution to frostbite. Fireball is made with Canadian Whisky and natural cinnamon flavours. Originally created to fight off the harsh winters in Northern Canada. A very popular shot drink that is known to ignite the night? because it is a hot, potent, great tasting whisky.
If you haven’t tried it yet, just imagine what it feels like to stand face-to-face with a fire-breathing dragon who just ate a whisky barrel full of spicy cinnamon. Live it, love it, shoot it – what happens next is up to you
Tasting Notes: Intense cinnamon and sugar aromas are apparent when first opening a bottle. The taste is initially set by cinnamon flavour that hits immediately, followed by a sweet finish with a bite. The coupling of cinnamon flavours, with the whisky complement each other impeccably.”
www.tastings.com