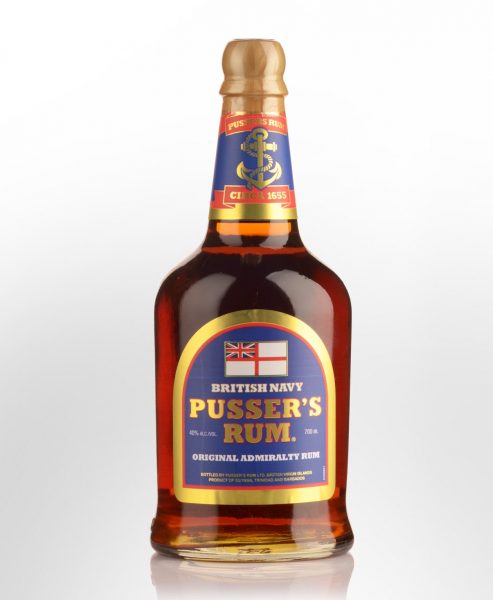 Rum and the sea are inseparable, and no rum is more akin to the sea and the seaman than is British Navy Pusser’s Rum. For more than 300 years, sailors of Great Britain’s Royal Navy were issued a daily ration of rum by the Purser (corrupted to ‘Pusser’ by the Jack Tars). From 1655 until the traditions termination on August 1st 1970, ‘Pusser’s Rum’ was one of the few daily comforts afforded those early seamen of Britain’s Navy as they fought across the globe to keep the Empire intact and its sea lanes open. British Navy Pusser’s Rum is the same blend of six West Indian rums as discovered during the Navy’s expeditions and served on board Their Majesties’ ships for three centuries. Today, it is still blended in accordance with the Admiralty’s exacting specifications of 1810. Pusser’s Rum was never sold or offered to the public, and if a rum connoisseur managed to acquire a tot or two, he saved it for a very special occasion.