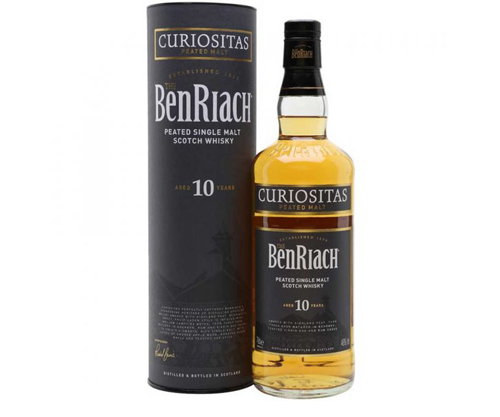 Only a handful of Scottish distilleries still make their own malt. One of them is Benriach. The maltings stand beside the distillery and twice a week the prize barley is delivered to be steeped, spread and raked until it begins to sprout. Gentle heat then works its magic and the raw grain becomes the essential ingredient of a Scotch Malt Whisky. The distillery manager oversees the slow and deliberate crafting process of BenRiach whisky – managing the transformation from malted barley to wash, to distilled spirit and into high quality oak casks, some sourced from the great sherry bodegas of Spain. Re opening in 1965 after a 65 year absence from the market, the Benriach distillery was virtually rebuilt by The Glenlivet Distillers Ltd. in 1985 and enlarged to four stills. Its product is highly regarded by blenders and has been available as an ‘official’ single malt bottling only since 1994.