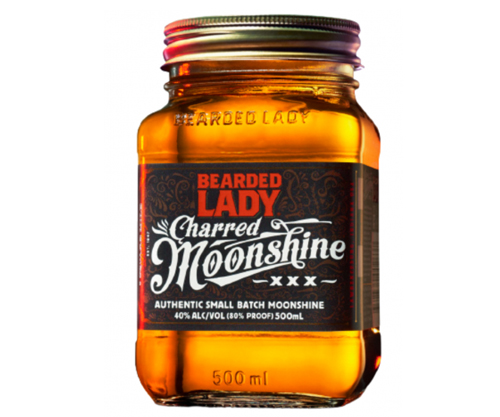 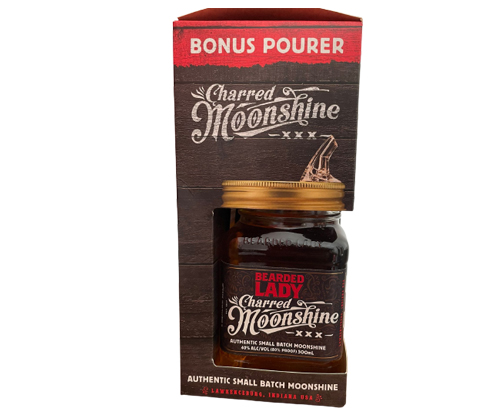 In popular culture, moonshine is usually presented as being extremely strong and in North America it’s commonly associated with the Southern United States and Appalachia. Many readers will remember in the 1980’s television show (and 2005 movie) “The Dukes of Hazzard”, moonshine was a central element of the plot.

The name Moonshine Whiskey (a.k.a. white lightning, Corn likker, white dog, poita­n, mooney, moon, creek water or hooch) is often assumed to be derived from the fact that moonshine producers and smugglers would often work at night (i.e. under the light of the moon) to avoid arrest for producing illegal liquor. Nowadays, it’s becoming the common term for unaged whiskey. It’s typically distilled from a varied mix of corn and sugar and aged in Mason jars and jugs rather than oak barrels.

Like its ancestors, Charred Moonshine defies convention and twists the traditional rules of bourbon to deliver a unique take on fine American Whisky. No new charred barrels used here, instead it’s rested in American Oak barrels that once held genuine Bearded Lady Bourbon, imparting a distinctive spicy smokiness with a hint of vanilla.
www.tastings.com