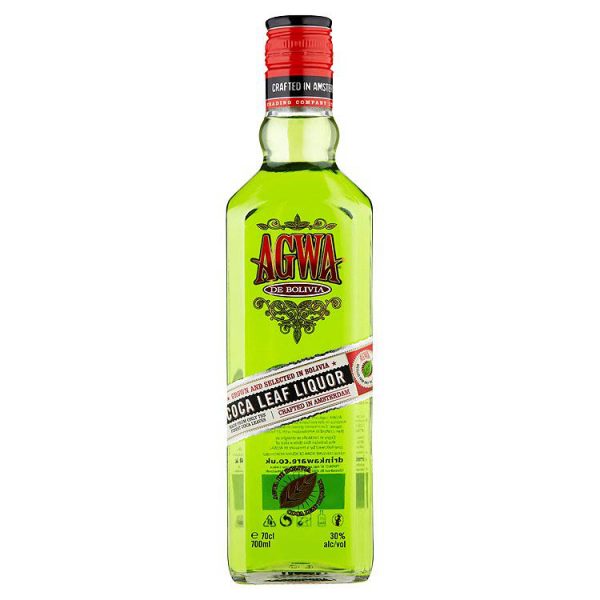 Silver Medal Winner International Review of Spirits Award. A unique story, Agwa is the only liquor to contain South American Coca Leaf. Ice cold, in shooters, the unique flavour of Agwa makes amazing cocktails. A simple shot with a simple ritual, simply queeze a wedge of fresh lime into your mouth and then have a shot of Agwa. It works in the same way as the South American practice of chewing Coca leaves, the lime changes the pH of the mouth which activates the alkaloids in the leaf to produce a powerful oxygen buzz. Bales of Bolivian Coca leaf are shipped under armed guard to Amsterdam where they are distilled. The Coca is then blended with other herbs like Guarana and Ginseng to balance the taste and augment the effect. Dry roasted seeds of Guarana, traditionally used by Brazilians to improve sexual stamina, are an ingredient. Coca Leaf is a traditional medicine, used for thousands of years by habitants of the Andes.