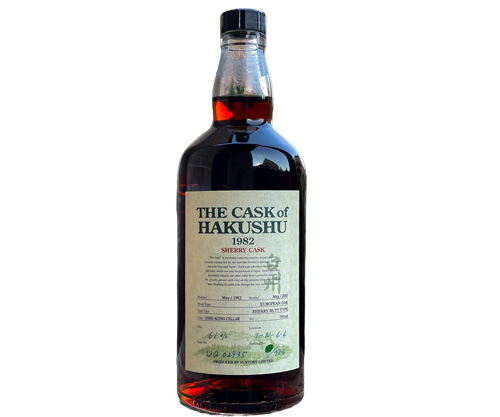 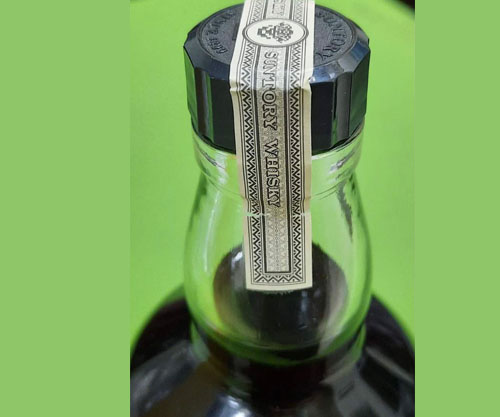 This bottle has a little bit of tear in the seal

This is the 2013 release of Hakushu Sherry Cask single malt. This was released as part of a collection alongside a heavily peated Hakushu and four expressions from Suntory’s other Japanese malt whisky distillery, Yamazaki (including the highly-praised Yamazaki Sherry Cask 2013, World Whisky of the Year 2015). A must sought-after whisky among Japanese whisky collectors and enthusiasts alike.