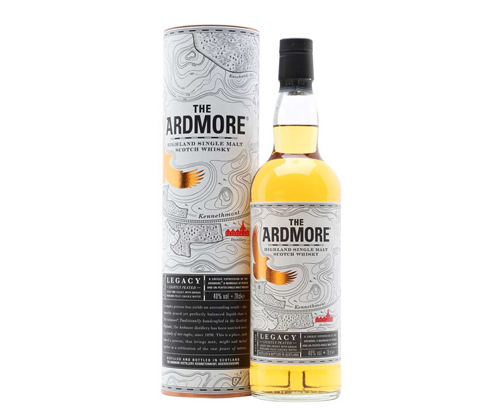 Ardmore Legacy is a new offering from the Ardmore distillery. It is a single malt that bridges the flavour gap from lighter Highland malts to the peatier Island and coastal malts of Scotland. The Ardmore distillery’s location in Kennethmont is geographically unusual; sitting on a railway line that was once at the heart of the industrial revolution and drawing its source of water from the opposing hills, The Ardmore is a rogue amongst more conventional distilleries, standing proudly on the fringes of the Highlands. The Ardmore Legacy celebrates this position with a liquid that is peated yet light, sweet and uplifting.