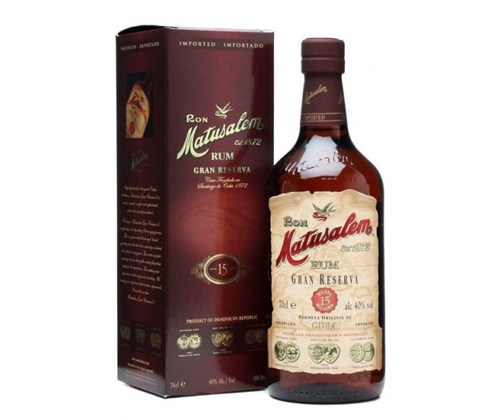 The Matusalem Rum company was started by the Camp brothers in 1872 as a family affair. The “new” Cuban rum rapidly caught on in the world’s markets. In the early 1940’s the company experienced a period of tremendous growth and by the 1950’s it had already captured 50% of the Cuban market, making it the leading rum sold in Cuba. Today, descendents of the founders produce Ron Matusalem in the Dominican Republic. The brand “Matusalem” was named after the Biblical Patriarch, Methuselah who was said to have lived for 969 years, so symbolising the patient ageing and old world craftsmenship used to give Ron Matusalem Rum its exceptional flavour.