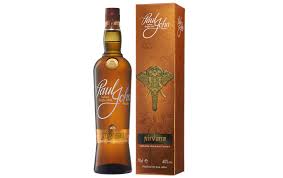 Located in the tourist region of Goa, John Distilleries have been producing huge volumes of blended whisky since 1992. Original Choice, one of their top brands, sells over one million cases a month. The Distillery entered the single malt scene in 2008 as a ‘pet project’ that like Amrut before it, has quickly gained world wide attention. Distiller Michael John employs local ingredients, although, a peated release sources peated malt Scotland. The maturation periods in India are reminiscent of those in many Australian distilleries. After only three years, a hogshead has 150 bottles left in it (compared to around 350 in a Scottish equivalent). Not surprising given that the average temperature in Goa is around 31 degrees celsius.

Paul John ‘Brilliance’ is the first in the range. An un-peated malt bottled at 46% ABV and matured in ex-bourbon American oak casks. The second is ‘Edited’ with about 20% of the malt being peated Scottish, bottled at 46%abv and again matured in ex-bourbon American oak casks. Both are non chill-filtered. Jim Murray has enthused over several releases to date.