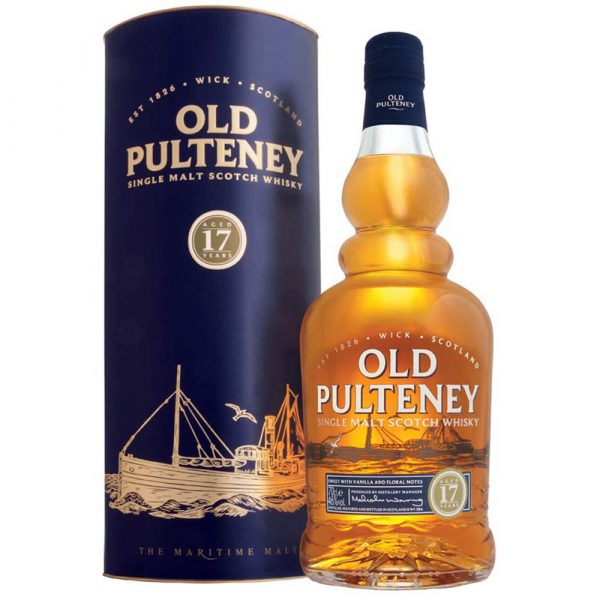 Old Pulteney has a few distinctive features. Apart from being the most northerly distillery on the Scottish mainland, it is one of the very few remaining urban distilleries – sited, appropriately, in the Pulteneytown area of Wick. In the distillery itself, the wash still is extremely unusual in that it is without a swan neck – supposedly the result of emergency surgery after it was discovered that the still was too tall for the building in which it was to be housed.

In addition, Old Pulteney is one of only a handful of distilleries still using a worm tub condenser – more unusual still in that it is made out of steel rather than wood. The standard expression is a delightfully clean, tangy 12 year-old with a distinctly salty finish prompting the company’s marketeers to name it ‘The Maritime Malt’. The 17yo and the rarer 21yo official bottling are also held in extrememLy high regard by malt fans. Independent bottlings are rare, although Gordon & Macphail have released a handful of vintage expressions in the last few years.