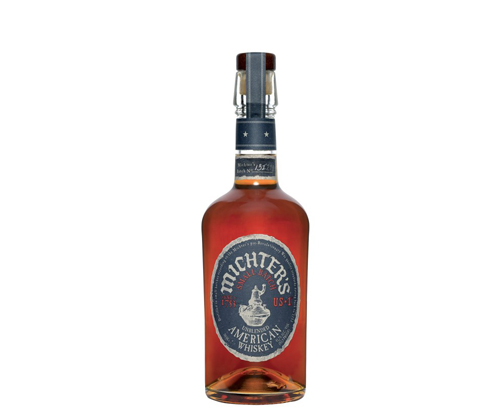 Michters is Americas first distilling company, dating back to 1753 when they started out making rye whiskey. They take a ‘Cost Be Damned’ approach to the production of every barrel, using various methods including air drying their barrels for 36 months, toasting the barrels before charring them, using a low barrel-entry strength, heat cycling to encourage ageing during the winter. The American whiskey is aged in second-fill bourbon casks. It has a rich, soft sweetness which is remarkable.
Unlike Bourbon or Rye, which, by definition, must be aged in new oak barrels, US*1 unblended whiskey is aged in a way that utilizes second-use bourbon barrels to achieve a distinctive flavour profile. In late 2013, Michter’s Master Distiller agreed to re-release this specialty after a nearly three-year absence from the market, deeming it “just right” and “the best it’s ever been.” Matured in bourbon soaked barrels, no neutral grain spirits are included in this blend.
www.tastings.com