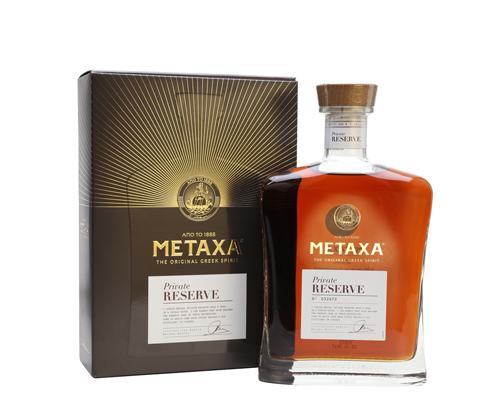 They say that to be Mediterranean is to have a different attitude. Certainly this claim is reflected in Metaxa. When speaking of this unique spirit, we should not merely consider it a brandy, for while it is produced from grapes, its similarities to brandy end there. Metaxa was first created by a silk trader named Spyros Metaxas who in 1882 built a distillation’s factory in the city Chyphisia in the Attica region near Athens. A blend of Savatiano, Sultanina and Black Corinth grapes are employed in its production. These are twice distilled to 60% Alc./Vol., then reduced with aged muscat wine from Samos & Lemnos. Further blending continues utilising a mix of botanicals including anise and rose-petals. Then finally, the spirit is married in limousine oak casks. Metaxa is generally available in three versions: Three Star, Five Star, and Seven Star. Each star represents one year spent in oak. The product has earned world recognition for its quality, colour and taste and is distinguished as the most famous Greek spirit worldwide, over and above ouzo.
The Metaxa Private Reserve is made yearly by the Metaxa Master, who selects the well-aged expressions of Greek brandy from the extensive cellars, using distillates matured for up to 30 years. Following this, he blends them to create the Metaxa Private Reserve, the cream of the Metaxa crop, if you will.
www.tastings.com