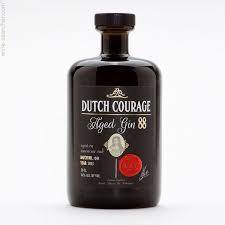 “Dutch Courage” is a reference to Genever’s past, when Genever found favour across the English Channel; first as a medicine (Samuel Pepys wrote in 1660 of curing a case of “colic” with a dose of “strong water made with juniper”) and then as a beverage. British soldiers encountered it as they marauded around northern Europe in the Thirty Years War and found it much to their liking. They brought back a taste for the “Dutch Courage” as they called the ‘medicine’ (often taking a good slug before battle), and inevitably made their own contribution to the lexicon of spirits: The word ‘genever’ was corrupted by the English to ‘Ginever’ and finally abbreviated to ‘Gin’.
www.tastings.com