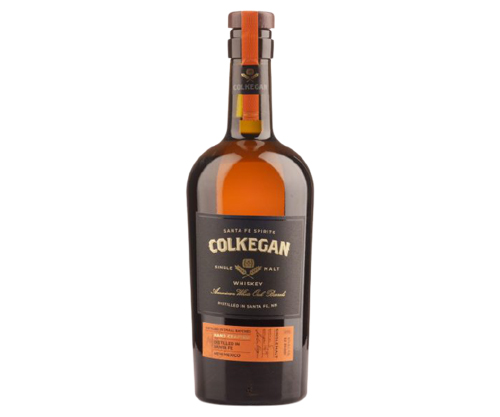 Santa Fe Spirits is owned by an English expat, Colin Kegan, from whom the brand’s name is derived. Just like Scotch Single Malt, this whisky is produced from 100% malted barley and aged (largely) in used bourbon barrels. Being subject to New Mexico’s arid climate, the elevated warehouses experience significant fluctuations in temperature and humidity, which tends to accelerate the aging process. Up to 40% is lost to evaporation during the maturation period.

The major point of difference for this whisky lies in the kilning process: 30% of the barley used is dried using a mesquite fire. Mesquite refers to wood sourced from small desert shrubs. It’s actually one of the more expensive lumbers in the U.S and a mature tree can fetch thousands of dollars. It was a popular ship building material for the early Spaniards, but it’s now most commonly used for high end rustic furniture. The smokey flavour mesquite imparts is nothing like peat, but like its Scottish counterparts, it can add amazing complexity to the finished spirit.