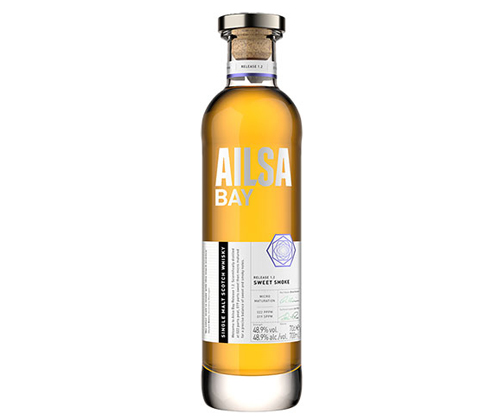 Ailsa Bay Distillery is on the same Girvan site where Ladyburn originally was. Its eight stills produce a wide variety of styles of makes. The distillery was built to both replace Balvenie-style malt for Grant’s blends and also offer other flavour possibilities, the stills are shaped the same as Balvenie’s.

Release 1.2 Sweet Smoke was distilled at 022 parts peat and 019 parts sweet to produce a precise balance of oaky sweetness and smoky notes. Bottled at 48.9% abv.

“Custard nose with cream, raw sugar and a hint of vanilla. There is smoke and a welcomed dash of peat moss. The palate is more on the peaty side with moss and there is charcoal from seasoned wood. Very complex and characterful.” (World Whiskies Awards)