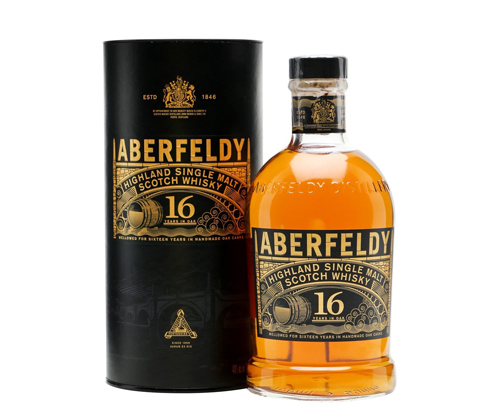 Bacardi’s venture into Scotch Whisky is managed by John Dewar & Sons. The company has unveiled a new expression from “The Golden Dram” – the name given to Aberfeldy’s water source, the Pitilie Burn, which is renowned for being rich in mineral deposits including alluvial gold.

Released in the latter half of 2015 as part of the “Last Great Malts” series, this bottling is intended for eleven markets globally – Australia not being one of them. We’ve enjoyed this distillery’s ‘fruit salad’ profile in the past, so when the opportunity arose, we couldn’t resist adding it to our collection. Matured in Bourbon barrels but finished in Oloroso Sherry casks, the latter impart a delicious sweetness to the whisky, plus extra notes of dried fruits and spice. 40% Alc./Vol.