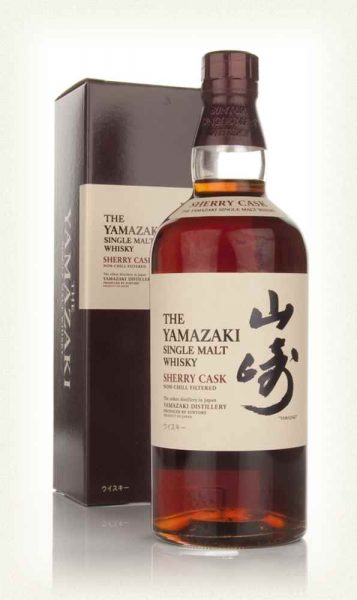 The 2016 incorporates the same whiskies that created the 2013’s base; there weren’t enough bottles or specially watermarked labels for the 2013 batch, so the leftovers were returned to the sherry casks and given two further years’ maturation. It also has various rare sherry-cask single-malt whiskies, some of which are more than 25 years old. “Most people have a perception that the older the whisky, the better it is, but we say the quality doesn’t go up after 20 years,” Mr Miyamoto said.

Mr Fukuyo selects casks that hold a balance of chemistry between the Yamazaki malt and sherry cask, thereby enhancing Yamazaki’s characteristically rich and multifaceted flavour. He goes to northern Spain to choose the oak to be made into sherry casks for storing Oloroso sherry. After three years of ageing, the sherry casks are sent back to Suntory Whisky, ready to receive what becomes the Yamazaki Single Malt Whisky.

In 2015, Jim Murray’s Whisky Bible awarded the Yamazaki Sherry Cask 2013 “World Whisky of the Year” over a field of more than 1000 contenders. Murray described its flavour as “near indescribable genius”.

After the US launch this week, The Wall Street Journal described the 2016 as “a more considered, harmonious testament to the Japanese whisky-making aesthetic, and Japan as a whole: multifaceted and vibrant, for those who appreciate nuance”.

Older whisky drinkers can take comfort in  Mr Fukuyo’s assertion that he did not blend the Yamazaki Sherry Cask 2016 for the novice. “It is created for a lover of complex, refined and subtle tastes.” Take that, kids.