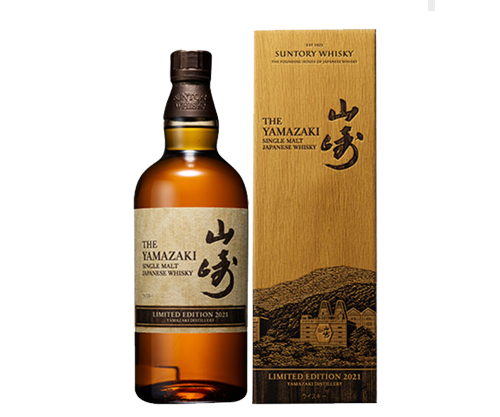 Between 2014 and 2017, the Yamazaki Limited Edition bottlings were some of the most sought after annual Japanese whisky releases on the market. Limited in numbers and containing some precious, aged Yamazaki liquid inside, they delivered in quality, appearance and collectibility.

It was only once the realities of the perilous whisky shortage took hold that these wonderful expressions were lay by the wayside, making way for a number of less-premium, NAS whiskies such as the Essence of Suntory Volumes 3 and 4 and the recent Yamazaki Cask Finish releases.

Now, with the Yamazaki Limited Edition 2021, the good times have returned, at least partially, and we have some truly premium Yamazaki liquid to get our gums around.

Created by marrying malts of 12 years and older, all of which had been matured solely in virgin Mizunara oak casks, this delightful whisky is smooth, flavour-packed and incredibly moreish.

It brings pineapple, orange and nutmeg on the nose before honey, coconut cream and blueberries arrive on the palate. The finish is medium length and somewhat smoky, with vanilla and ginger lingering in the background.