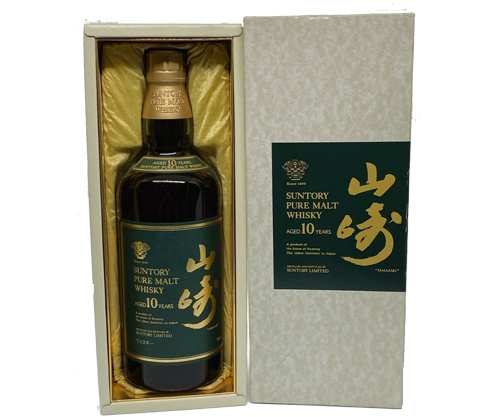 Yamazaki is Suntory’s flagship single malt. The surprising, delicate yet profound experience of a Japanese single malt was born at Yamazaki.

Spiritual and deep, its signature multi-layered taste is highly praised by whisky connoisseurs all over the world. Today, Yamazaki is not only the No.1 single malt whisky in Japan, but is enjoyed in more than thirty-five countries across the world.

The 10-year-old was introduced to the distillery’s core range in 1995 and is bottled from American oak casks. Despite being well-regarded, it was discontinued around 2015 as Suntory was facing up to stock shortages in its warehouses after the unprecedented demand for Japanese whisky in the 21st century.