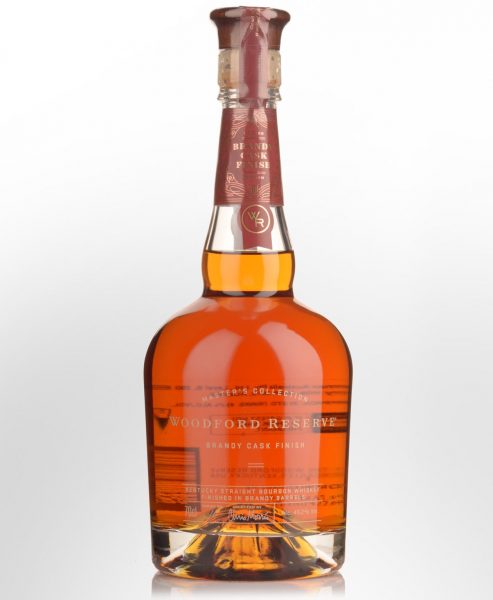 Each year, the folks behind Woodford Reserve release an experimental whiskey as part of their Master’s Collection. For 2016, they produced a bourbon which has finished in American brandy casks – thought to be the first of its kind!
Master Distiller, Chris Morris releases a special edition of Woodford Reserve every year. This is the 11th in the series. The approach sees some aspect of the whiskey making process manipulated to introduce a slightly different flavour profile. In this case, the Bourbon has been finished in x American Brandy barrels. According to Brown-Forman, “Unlike bourbon, brandy does not have the new, charred barrel requirement allowing their barrels to be used multiple times. Therefore, this release is technically not a bourbon but rather a finished whiskey.” Stocks are extremely limited.
The Woodford Reserve Master’s collection Brandy Cask Finish is the latest and 11th release in the series. As the first whiskey to be finished in an American brandy cask, this new expression is yet another product of Woodford Reserve’s continued appreciation and commitment to innovation and craftsmanship. Finishing fully matured Woodford Reserve in these barrels does not add any new flavours to the whiskey, but instead accentuates Woodford Reserve’s rich dried fruit and nut characteristics that come from our grain recipe and long fermentation process.