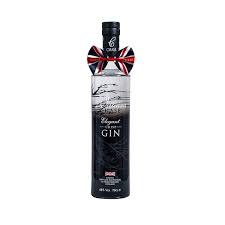 Unlike most Gins, where a neutral grain spirit is simply re distilled, Chase press their own organically grown cider apples from the family farm; fermenting them into cider, then distilling into their Vodka. They then re-distill their Vodka with eleven carefully considered wild botanical and naturally pure water taken from the aquifer running underneath our cider apple orchards. The result is a full bodied, sharp, yet fruity gin with tears and true provenance.

Having sold Tyrrells Potato Chips, the Williams Chase Group diversified into a new direction with their spuds – the creation of fine spirits. The family grow, mash, ferment, strip and distil their own full pedigree, gluten free, King Edward & Lady Claire potatoes on their Herefordshire farm. They use only traditional artisan methods including a bespoke copper pot still for the initial charge and a unique 70 foot rectification column, reputedly the tallest in Europe, for two further distillations.

Not content with knocking out their award winning potato vodka, they’ve now bottled a wonderfully fresh gin, distilled from their own organically grown apples. According to theginstress.com, “To make their gin they put the botanicals into a pillowcase (yep, a pillowcase!) and toss that into the carter of their still, Ginny. As the vapours pass through the pillowcase they are flavoured with the botanicals [these include juniper, coriander seeds, angelica seeds, angelica root, liquorice root, orris root, orange and lemon peel, hops, dried elderflower and fresh Bramley apples cut into eighths] Once flavoured, the spirit is mixed with water drawn from a source on their property”.
www.tastings.com