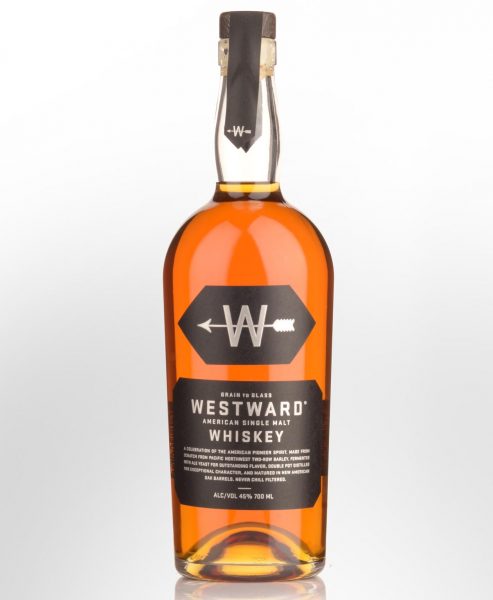 Westward debuted in 2012 when it was offered in 375ml bottles as a single barrel expression (the company had filled just five barrels at the time). With growing inventories, the whiskey is now a blend of six to eight barrels, which was always the plan according to founder and Master Distiller, Christian Krogstad. “Blends of multiple barrels not only allow for better consistency, but also enable us to take the best of each barrel and combine them”he explains. Done properly, the process allows for increased complexity.

Considering the global growth in single malts, it’s no surprise Americans are now pushing their own version. But there is a solid point of difference with Westward.
A craft beer background sees them employ two row barley with ale yeast and a belief that a better pot ale will translate to a better end product (if you removed the hops from Sierra Nevada you’d basically have their wash). Fermentations are long. Traditional double distillation is the norm, however their stills include a column on top of the pot filled with “copper wool” to create more copper contact and reflux. Post distillation sees the Kentucky maturation program utilising new first use two & three char 200 litre barrels (no fancy cask finishes here).

Unlike many micro upstarts who are keen to mature new-make at a pace to ensure a quick turnaround on their investment, Westward chose full size barrels over smaller alternatives. While the latter accelerate ageing (especially during Oregon’s hot summers), they can also leave the impression of ”forced” maturation in the flavour profile.