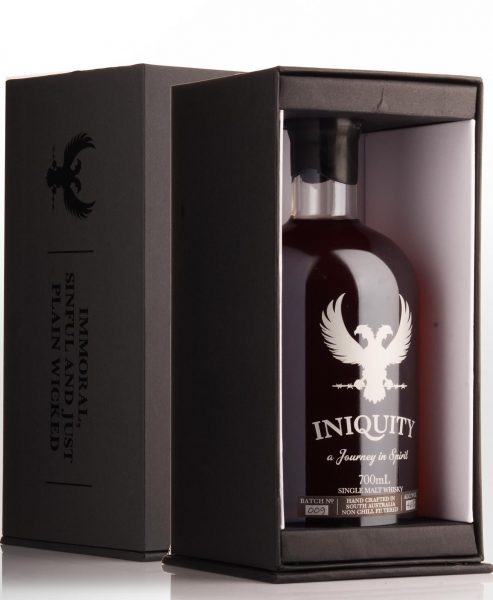 Southern Coast Distillers was a highly acclaimed yet short-lived venture that closed its doors in December 2012 as part of a “lifestyle review”. In short, the operation simply demanded too much time to run. It seems the original proprietors, Ian Schmidt and Victor Orlow found the lure of the still difficult to resist. Since 2013 they’ve been producing whisky under the name of the “Tin Shed Distilling Co” selling under their “Iniquity” label. Batch #1 literally roared out the door, and our allocation of subsequent batches has been just as short-lived. Same rule applies, be quick!