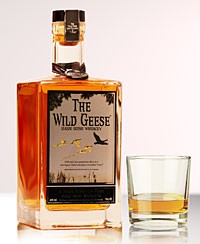 Whilst ‘Wild Geese’ may seem like a tongue in cheek quip aimed at a major player in the American Whiskey market, we can assure you the whiskey is serious business. The name is a tribute to the tens of thousands of Irishmen who left their homeland at a time when it was being torn by natural disaster, famine and an opressive regime. It’s said that these ‘wild geese’ were one of the most influential ethnic groups of the time, serving in the armies of Spain, France, Russia, South America and America. However, nowhere was their impact greater than America, where they became a major influence in America’s push for independence, some even serving as aides to George Washington.