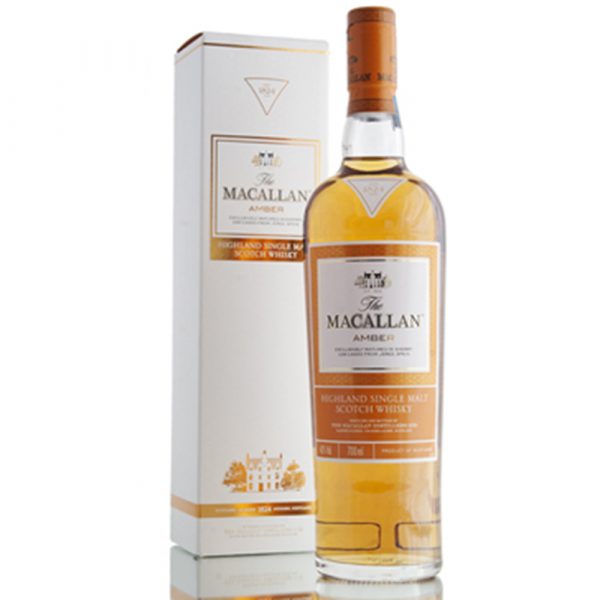 Amber is part of The Macallan’s new no age statement range of Speyside single malts, which concentrates on colour. The theory is that by using 100% sherry casks and natural colour, the darker the whisky, the older and more complex.

Palate: Surprisingly thick and fruity compared to the nose. Golden sultanas, dates, apple peelings and a dusting of cinnamon. Cereal notes on the mid-palate, joined by mince pies with crumbly shortbread.

Finish: Fragrant oak finish, with the mince pie notes lingering. Overall: The second level in the 1824 Series, after the more citrus-led Gold.