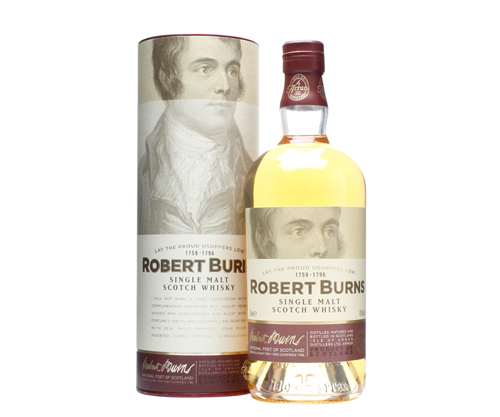 An official Arran, endorsed by The World Robert Burns Federation!
Despite John Hansell’s rather low rating (below), the consensus among drinkers suggests a simple but typically delicious Arran, soft-textured, with lots of stone fruit and vanilla flavours.

Other reviews… This Robert Burns World Federation Arran Single Island Malt is the Calvados or Poire Williams of the whisky world. There’s no age statement on this whisky, but it has the classic aromas and flavors of sweet pears prominent in very young distilled spirits. The vanilla notes, along with its pale color, suggest a used bourbon cask. I suppose one could treat it as an aperitif, and possibly chill it down or serve it on the rocks.