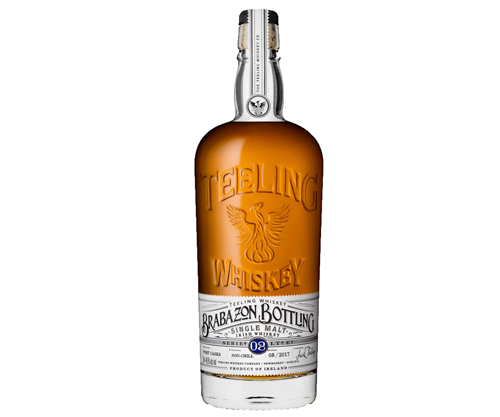 The second edition of Teeling Whiskey’s popular Brabazon Series. This time maturation is done in port casks and it is bottled at a satisfying 49.5%. We love the fruitiness of this second bottling. Port cask matured whiskeys can be difficult to get the balance right on and this example is absolutley perfect with just enough red fruit flavours coming through.

Brabazon is named after Lord Brabazon the 3rd Earl of Meath who was responsible for the development of the Newmarket Square area where the Teeling brothers built their new distillery. The historic Liberties area would become the centre of distilling and brewing in Dublin from the 17th to early 20th century. That tradition has returned with the possibility of at least four distilleries operating in the Liberties in the near future.