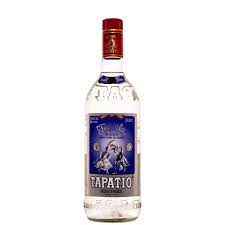 Great to see Mexican spirits at higher than normal proof. It makes a considerable difference to the flavour, heightening the pepper and fruit, which works well in cocktails. Made for mixing and weighing in at 55% ABV (110 proof), it’s no surprise that this large format Tapatio is fast becoming a bar standard.

The long awaited arrival of Tapatio Tequilas in Australia is a welcome one, as from a production point of view, this is as traditional as you’ll get: 100% estate grown agave, brick ovens, wooden vats and copper stills make La Altena one of the last bastions of old school tequila production, resulting in a drink of character rather than a mass produced commodity tailored for the ‘senoritas in sombreros’ segment – even though some would say there is nothing wrong with that, we know where we stand when we’re looking for a true Mexican delight!