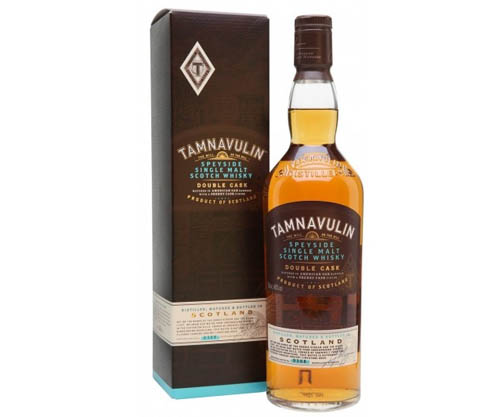 …Double Cask sure is a difficult name for any whisky, it’s like if you’d have named your newborn son Donald J. or Adolf. And boo, there’s no age statement either… Colour: gold. Nose: wait, this is nice! There’s this typical vanilla-ed and banana-y profile that screams US oak, but there are good pastries underneath, and marmalade and quince jelly, and then raisins with a touch of mint (leaves). This may have seen some sherry-seasoned oak at some point. It’s a nice, well-carved nose. Mouth: a little more kick would have been welcome, especially since treatments with active wood demand stronger spirits and do not favour heavy reducing too much, in my humble experience. What I’m trying to say is that it’s all a tad too modern for me (again, bananas, vanilla, raisins, coconut), but I agree it’s still a very fine dram, done with care, and very pleasant to drink. Indeed it is a drinker. Finish: short, a tad tea-ish, pleasant. Apricots. Comments: I was having fears – not just because of the unimaginative name – but I was wrong, it really is a fine dram. 80 points – Serge Valentin, whiskyfun.com

Tamnavulin Double Cask was the first release from the distillery since the 1990s! Over the past 20 or so years, the distillery changed hands from Invergordon Distillers to Whyte & MacKay, closed a few years later and reopened in 2007. Much of its single malt output is used in blends, but a few casks of single malt would sneak out as indie bottlings to allow us a rare taste of Tamnavulin – but now they’ve got their very own expression! They initially mature it in American oak barrels before treating them to a finishing period in Sherry casks.