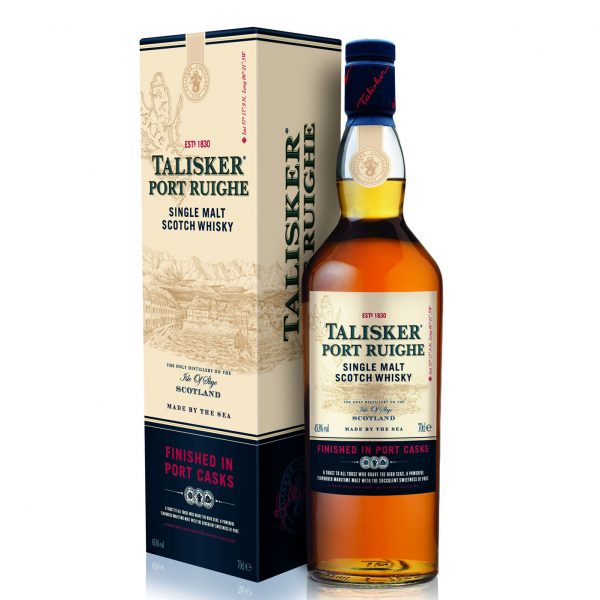 The second new no age statement release in quick succession following Talisker Storm in early 2013. Port Ruighe (pronounced Portree, as in the largest town on the Isle of Skye), is finished in Port casks after initial maturation in American and European Oak refill casks as well as casks that have been deeply charred especially.

Nose: After a wave of initial sea spray, the nose becomes more complex with Crayola crayons, orange pith and a touch of white chocolate. Demerara and even sticking plaster emerge briefly along with plummy, umeshu notes.

Palate: Initial characteristic Talisker brine once again but much sweeter than usual. Thick and mouth coating like the Storm with chilli and a little chocolate orange.