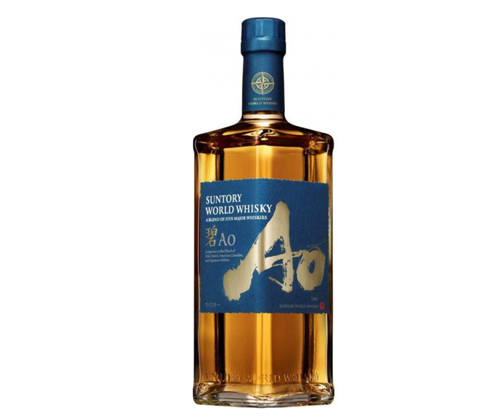 With supplies of Suntory’s prolific line of Japanese Whisky becoming increasingly constrained, many people have been wondering how the company could continue its legacy of innovation. It was only a matter of time before Suntory shared a vision that had likely been years in the making.
In January 2019 they lifted the veil and fans around the world were introduced to the next chapter in Suntory Whisky.
Irish, Scotch, American, Canadian, and Japanese whiskies are the world’s five major whiskies. Suntory’s blenders carefully select malt and grain whiskies produced at Beam-Suntory owned distilleries in these five countries and meticulously blend them to craft Suntory World Whisky Ao. The beautifully unique bottle has five sides representing these five countries.
Ao is named after the deep blue of the majestic oceans that connect our world. It is a blended whisky with a sweet and vibrant nose, smooth on the palette, but with a multi-layered flavour that leads to a pleasingly smoky finish, revealing it’s many expressions. You won’t be disappointed with the stunning Suntory whisky.

Palate: Mild spice, smooth and subdued with a touch of smoke.