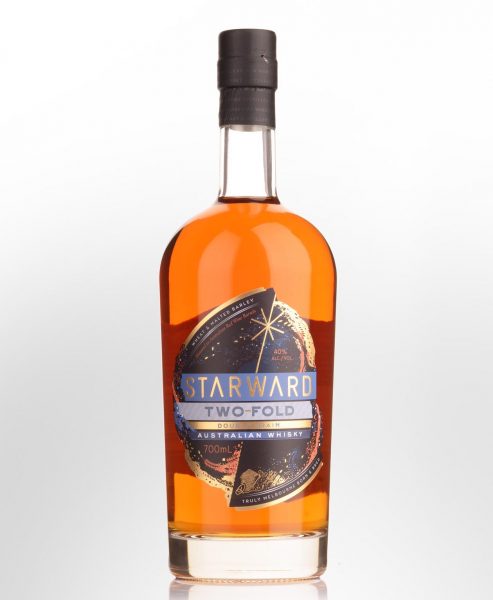 The first general release from Starward in years. Like some previous editions, this was matured in Australian red wine barrels (Shiraz, Cabernet Sauvignon, Pinot Noir). The difference here is ‘Two-fold’ incorporates a 35% wheat component with the barley. The lighter, softer wheat spirit allows a little more of the barrel character to shine through. 6000 bottles are initially on offer (with a large volume destined for the US) – that’s double the number of bottles of the inaugural Solera single malt Starward. The distillery’s own allocation appears to have sold out online, and Proprietor David Vitale is already starting to wonder whether he’s made enough… The hope is this will last through till Christmas!

STARWARD began with a simple idea; imagine a whisky unshackled from tradition, one which borrows from the past and marries it with the best Australia has to offer. STARWARD Two-Fold represents a landmark achievement for modern Australian whisky. Bringing together two iconic Australian grains;

there are some quite distinctive, unexpected characters in there too: aromas of fresh toast, some dried fig, a hint of ripe banana, then a soft, pretty, creamy vanilla texture on the tongue, finishing with a little tannic grip and savoury complexity. As I say, a very good whisky, especially at this price.
– Max Allen, The Financial Review