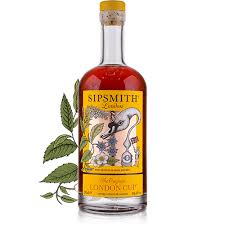 A gin cup inspired by the punches of 1800’s London Punch proliferated in a city gone mad for gin. After British sailors returned to London from India, they brought with them a magical potion that takes its name from the Hindi word ‘panch,’ meaning five, and named for its five flavour components (spirit, sweet, dilution, citrus, spice, bitter) Sipsmith London Cup is a sublimely sippable punch crafted from their award-winning London Dry Gin, infused with Earl Grey tea, borage, lemon verbena and a host of other botanicals.

Sipsmith London Cup is a refreshing and aromatic gin-based cup, inspired by the ubiquitous punches and cups found in 1800s London. By blending their award-winning London Dry Gin with Earl Grey tea, lemon verbena and borage, Sipsmith have given a traditional drink a touch of Sipsmithian flair. The result is a sublimely sippable cup full of character and with a truly unique flavour.
www.tastings.com