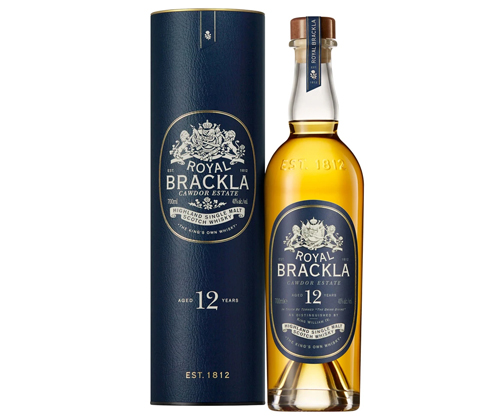 Royal Brackla Distillery stands on the fertile farmland of the Cawdor Estate. It was established in 1812 by the fiery Captain William Fraser. Within 25 years his distillery’s reputation for spirit of sterling taste received its crowning moment when King William IV bestowed ‘Royal’ status to Brackla, in 1835. It thus became the first ever Scotch to garner a royal warrant, a revelation that led to its nickname: ‘The King’s Own Whisky’. Traditional production techniques help to protect a distilling heritage that spans more than two centuries and preserves the unparalleled quality of a rather special spirit. To allow for the development of intriguing complexity and fruitiness, extra time is taken at the fermentation stage, which acts for up to 80 hours; far longer than most Scottish distilleries.