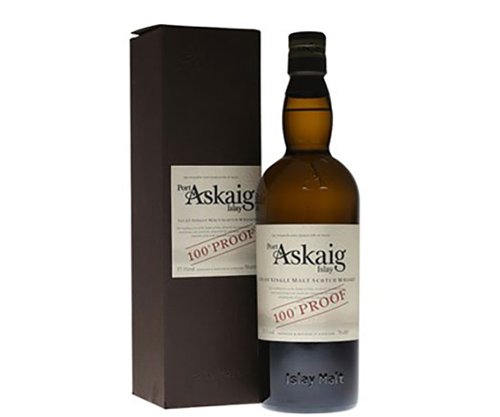 We first tasted whiskies under the Port Askaig label several years ago and found them to be immensely appealing. These fruity-smokey styles are sourced from an “unknown Islay distillery” (presumably Caol Ila) and bottled by Specialty Drinks Ltd. who are also responsible for the “Elements of Islay” indie bottlings. A 100 proof edition was launched in 2015 and has just arrived in Australia (“100° Proof” refers to the traditional system of alcohol measurement – the actual abv here is 57.1%.) As there is no distillery called Port Askaig, this dram has been named after the ancient ferry port and fishing harbour situated on the East coast of Islay. The whisky was matured in refill ex-bourbon casks and bottled without an age statement, though the youngest component is reported to be seven years old. The rest will be considerably older.