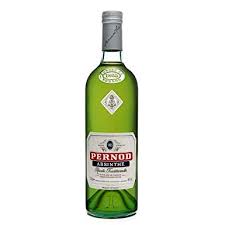 Absinthe was invented at Couvet in the Canton of Neuchatel, Switzerland in 1797 by Dr. Pierre Ordinaire. It became popular in the French army in the early part of the 19th century as an antidote to fever. Henri-Louis Pernod later opened the first Absinthe distillery in Switzerland and then moved to a larger premises in Pontarlier, France in 1805. By the 1850’s it had become the favourite drink of the upper class. Originally wine based, a blight in 1870’s on the vineyards forced manufacturers to use grain alcohol as a base.