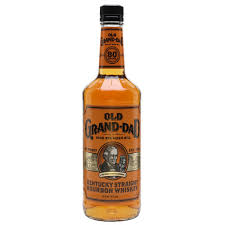 The Hayden family’s first commercial distillery was created in 1840 and the Whiskey has been in production since that time – despite several changes of ownership.

In 1899, Old Grand-Dad was sold to the Wathen family, whose broad interests in the whiskey business later formed the American Medicinal Spirits Company and the foundations of National Distillers Group. During prohibition, the company produced “medicinal whiskey” for the sick and blind. In 1987, National Distillers Group sold the spirits business to the James B. Beam Distilling Company.