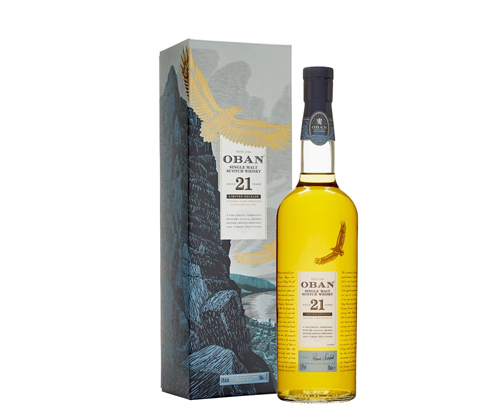 Diageo’s 2018 special releases are notable for the absence of two mainstays: Brora, the mothballed and now legendary Highland distillery and Port Ellen, the equally hard-to-find Islay gem. Instead there’s this. Diageo’s 21 year old Oban was previously offered in 2004 and 2013 and proved extremely popular. 2018 breaks the drought with this cask strength expression drawn from European refill oak butts (500-liter casks that previously held sherry). Given the majority of their whisky goes to making Oban 14YO, to taste something at this age is a treat: Stewed apricots and peaches, orange, mandarin and baking spices, while still retaining the classic Oban maritime saltiness and whisp of smoke. It’s beautifully presented too, with an aerial scene of encircling eagles over Oban Bay. Extremely limited. Non chill filtered.