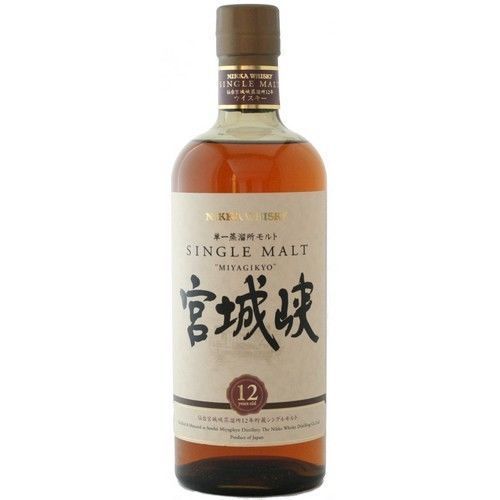 Japan’s second largest whisky producer after Suntory. Now owned by the brewer Asahi, the company was originally set up by Masataka Taketsuru, who built Yoichi distillery in 1934, having previously spent two years studying the art of distilling in Scotland. (He also developed the now famous ‘Yamazaki’ distillery in Kyoto for Suntory which he managed for ten years).

Miyagikyo (sometimes referred to as ‘Sendai’) is Nikka’s second distillery and was built in 1969 after Taketsuru came upon the site, completely enclosed by mountains and sandwiched between the Shin and Hirose rivers. The areas fresh water and crisp air produce soft and mild malt, while the humidity is considered perfect for spirit maturation. At present eight stills are in operation.