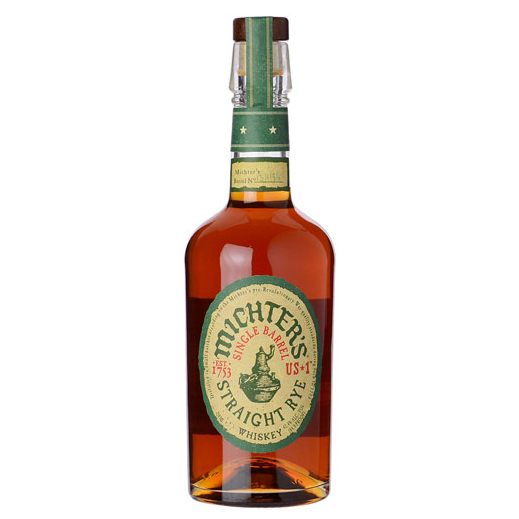 Michter’s is America’s first distilling company, dating back to 1753 when they started out making rye whiskey. They take a Cost Be Damned approach to the production of every barrel, using various methods including air drying their barrels for 36 months, toasting the barrels before charring them, using a low barrel-entry strength, heat cycling to encourage ageing during the winter. This Rye is a brilliant whiskey with fresh spice notes and a lingering soft finish.

Master Distiller, Pam Heilmann, has extensive experience including time as manager at Booker Noe Distillery in Boston and 15 years with Beam Global. She’s helped out by Andrea Wilson, whose role is Master of Maturation. These ladies are very specific about the seasoning and toasting regimes of the wood they employ. They toast barrels before charring, which helps to make the wood’s sugars more accessible. They insist on barreling at a lower proof (103 instead of the standard 125), a practise which is claimed to get the sugars in oak to dissolve more readily into the distillate as it cycles in and out of the wood. Chill filtration is undertaken but customised to each whiskey’s style.
All Michter’s whiskeys are either ‘single barrel’ or ‘small batch’. Because “Small batch” is not a legally defined term in US whiskey regulation, many respected “small batch” brands are actually composed from hundreds or thousands of barrels, which helps to ‘lose’ sub-quality barrels in the blend. At Michter’s, the maximum “small batch” size is twenty full barrels. It explains why Heilmann and Wilson are more than a little fanatical about quality control, and you can sense it in the taste.
Tasting note: [Lot L146456 tasted] Brassy gold. Opening aroma is peppery and true to style with lovely whiffs of dark rye bread; Further air contact draws out wax, dried apple, cinnamon and vanilla. Third pass finds suggestions of herbal tea – think peppermint and chamomile. Great complexity. A somewhat hollow entry leads into a powerful, peppery rye attack with ryvita biscuit, dried apple and peppermint tea flavours carried by vibrant spices. Hints of vanilla and toffee apple in the drying fade. Solid, text-book styled rye. 42.4% Alc./Vol.
www.tastings.com